The Downturn is an Opportunity for Thematic Investors 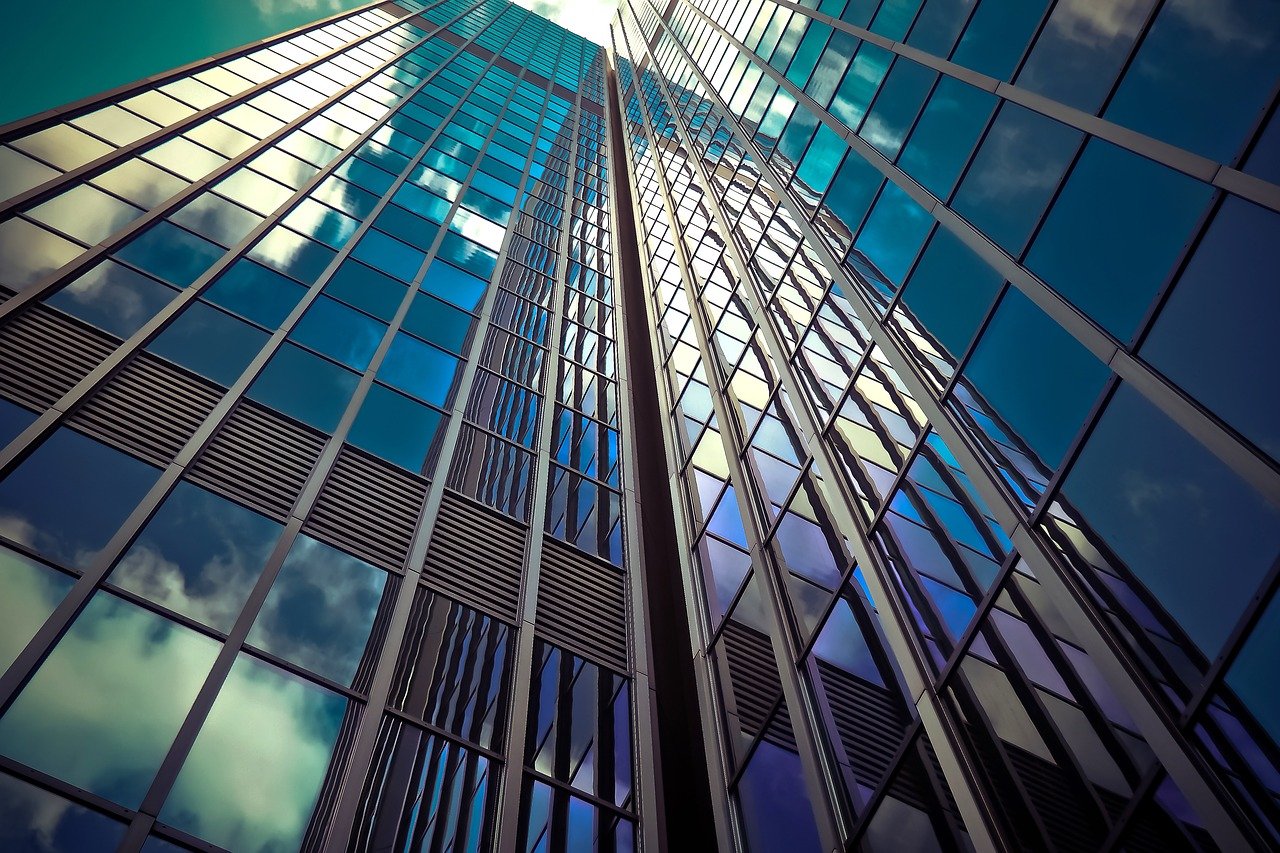 The Downturn is an Opportunity for Thematic Investors

As headlines like It’s Doom Time in Tech and Target Stock Down 30% In A Week, it’s important to remember that private equity doesn’t behave the same as public markets.

I don’t claim to have a crystal ball, but I do see stark differences between now and past recessions, specifically 2007, that lead me to believe that lower middle market deals will bounce back quickly from this dealmaking downturn.

‍What does history tell us?

May 2021 to May 2022 saw a 31% decrease in the number of mid market deals, according to Grata. This trend has held consistent for the last 3 months.

It’s pretty clear dealmaking will slow down in 2022.

Part of this is due to the macroeconomic climate, but it also has to do with the unreal amount of deals (and valuations) in 2021. To quote Vito Sperduto, RBC Capital Markets, “Even if there’s a 20% drop-off in volume this year (2022), this will still be the second strongest year for PE’s on record.”

‍Will history repeat itself? Predictions for 2022 and beyond.

The simple factors of supply and demand are playing in certain private investors’ favor this time around.

Demand for PE Deals is Higher

PE firms do not profit by holding cash. That 3.4 trillion needs to be invested, and a lot of that will be in 2022.

2. Higher interest rates will slow capital deployment. It’s obvious that higher interest rates decrease LBO returns. When returns are lower, investors move slower. However, according to GF Data, equity contributions as a percentage of deal value haven’t changed since they reset in 2011, averaging 47-50% of total enterprise value (TEV) and up from sub 43% in 2007 and before. That could mean reduced demand, but a lower impact than the financial crisis.

4. Thesis-driven investing is on the rise. Firms that are more thematic are less phased by short term volatility. They’re not swing or momentum investors - they take a long-term approach to value creation. Because of the large amount of capital in the markets, more firms have adopted thesis-driven investing to build expertise and differentiate themselves. Our research shows that true generalist investors are rare these days.

According to Grata, less than 5% of PE firms are generalists. Compare that to 40% of PE firms that have true thesis-driven investment mandates.

‍Supply of Boomer Deals Is Expected To Rise

Decreasing valuations are less enticing for business owners. Valuations in 2021 ballooned so much that the number of business owners willing to sell increased. Equity was cheap. It was an enticing market for owners to sell. Lower valuations make equity more expensive to “trade” for cash. If business owners don’t have a need for liquidity, it makes sense for them to hold on to their business.

However, boomers are reaching retirement and seeking liquidity. The single largest factor to consider is that baby boomers, born between 1946 and 1965, are hitting 60-75. That's the prime retirement age and pretty close to the 79 year average life expectancy in the US. According to the Federal Reserve Flow of Funds Report and research by Tiburon Strategic Advisors, boomers are expected to liquidate over $14 trillion in small business valuations. While not every deal will go to private equity, that’s still over 4x the amount of dry powder in need of liquidity.

Economic downturn increases the need for financing. Small businesses get hit hardest by financial turmoil. We don’t have to look as far back as 2007 to see this; it’s estimated that 200,000 small businesses went closed because of COVID. When an economic downturn hits, debt financing is harder to secure and equity becomes an easier option.

‍Private equity is creating their own supply (“proprietary dealflow”). According to Grata, there are <150,000 investor backed companies but another 8M+ bootstrapped companies in the US that have not had access to outside capital. While this seems like a lot of opportunity, Bain & Co and Sutton Place Strategies cited that the average private equity firm that relies on intermediaries sees only 18% of deals; thus, the importance of proprietary deal sourcing to keep dealflow high.

In the last few years, more private equity firms have formed business development teams and proprietary deals sourcing has become a core part of the industry’s strategy. In fact, looking at deals in the last year in Grata, the share of lower middle market deals has held steady through 2022 thanks to proprietary sourcing. We only expect this to go up in the next couple of years.

There are more middle market investors creating more deals. Competition is also growing. Not only have the number of private equity investors increased, but there are more crossover investors like family offices, hedge funds, asset managers and more - totaling to over 25 thousand private market firms. More participants doing more proprietary sourcing means deals will get done, even if the average deals per firm goes down.

The good news? Companies that fall under the US middle market banner account for 99% of all businesses and 50% of GDP, so even 25,000 firms can only make a drop in this ocean.

What Does the Future Hold for Investors?

1. Tech will take a hit. Not an astonishing prediction after the headlines we’ve seen– but it’s important to note because this hit will cause shell shock in other industries.

2. The market will pause for a quarter, maybe two at most. It’s a safe bet that we’ll see the market go into shell shock for a bit, if we’re not already there.

Nevin Raj is the chief operating officer and co-founder of Grata, a private company intelligence engine for middle-market dealmakers. Grata helps dealmakers unleash the true potential of the middle market with smarter search, relevant intelligence, and automated technology. With access to the right data at the right time, firms that leverage Grata uncover new investment opportunities, fill their pipeline with promising companies, and unlock the middle market. 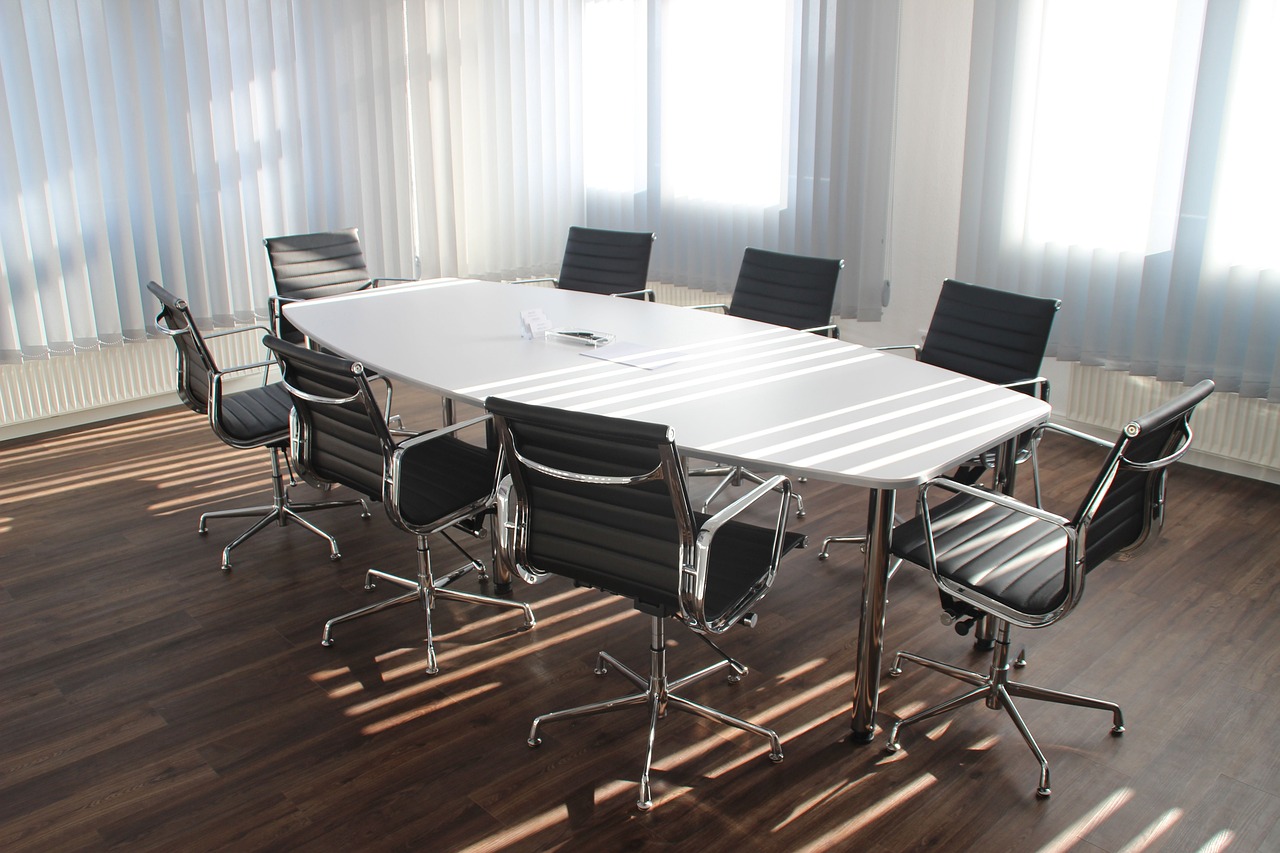 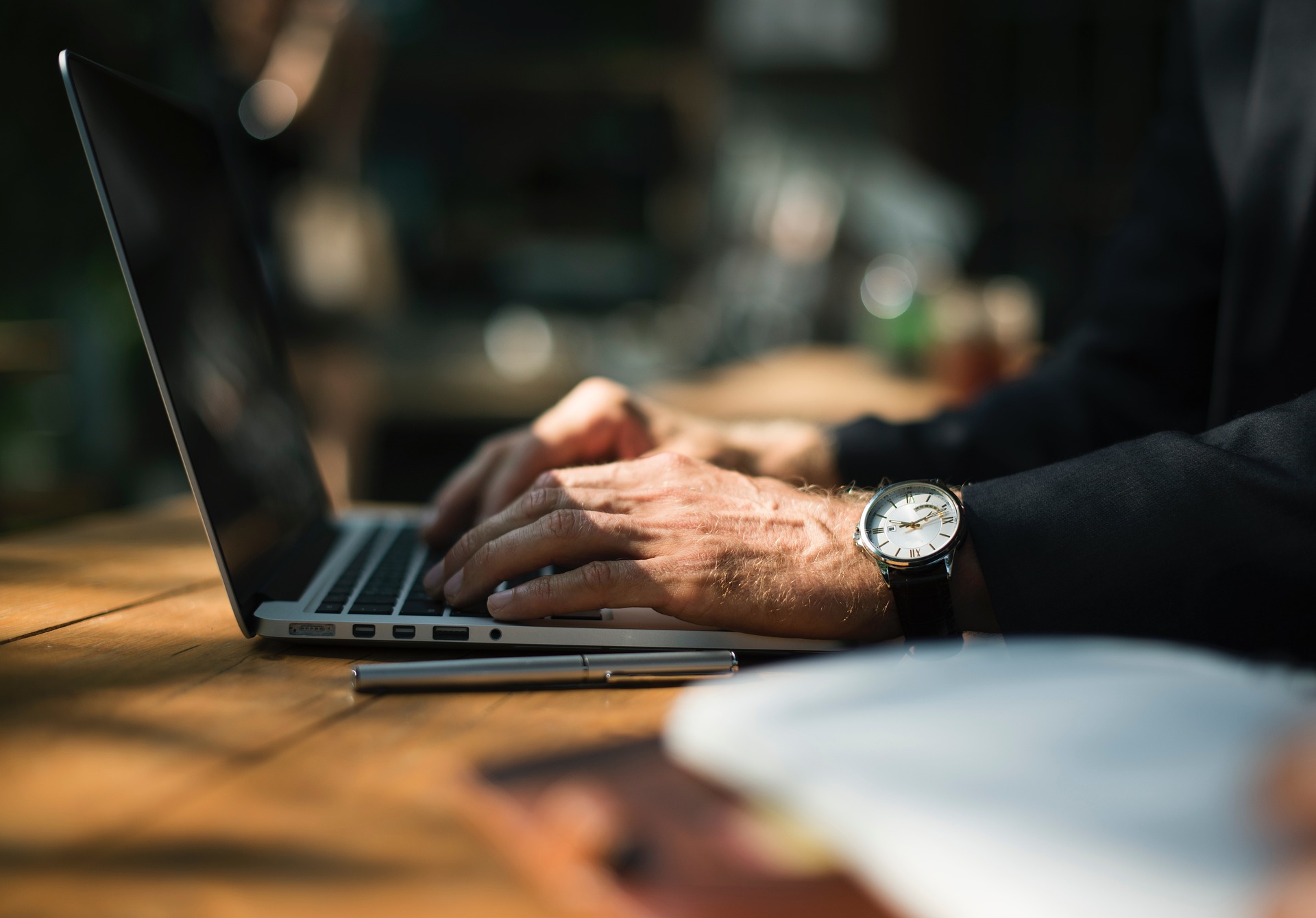 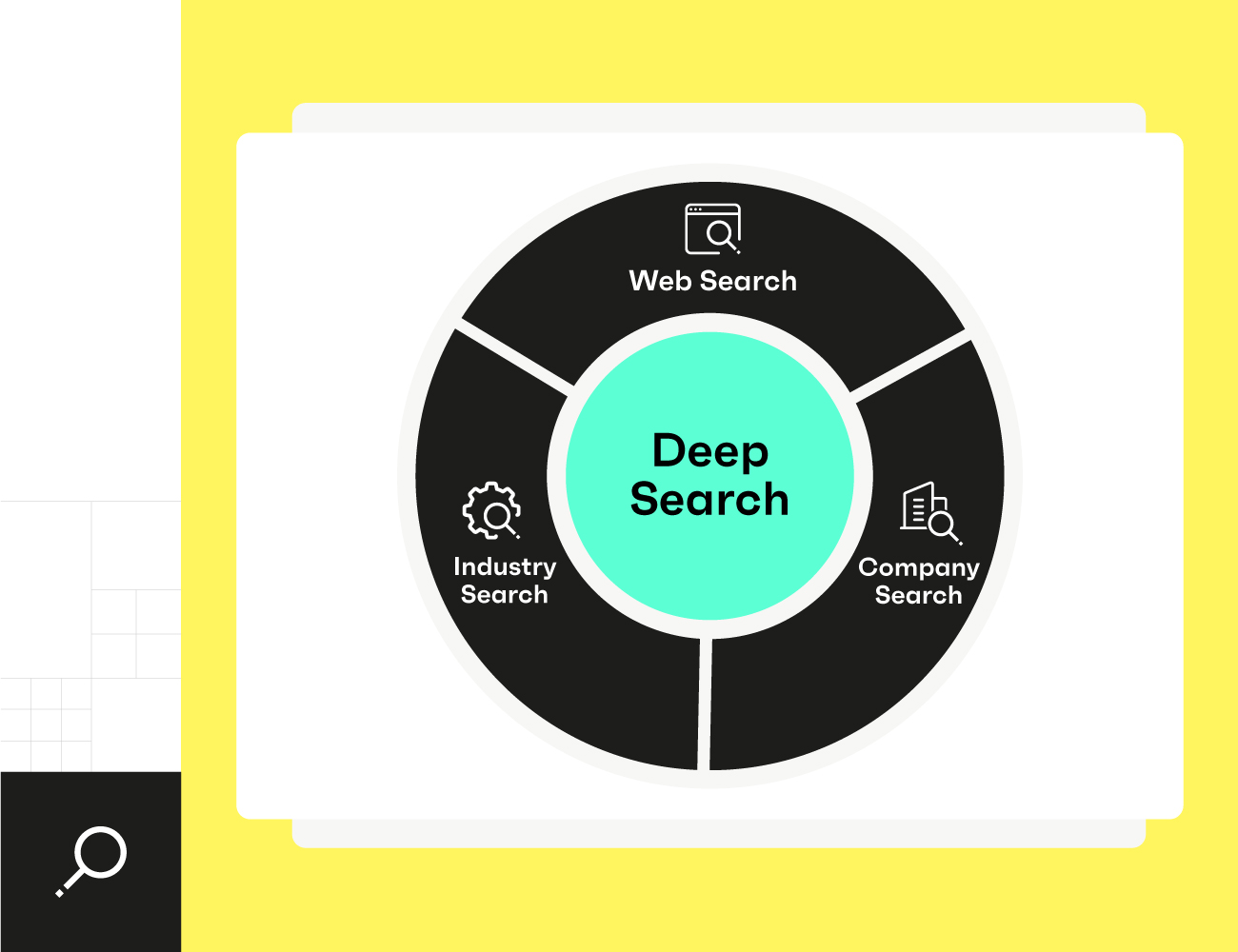 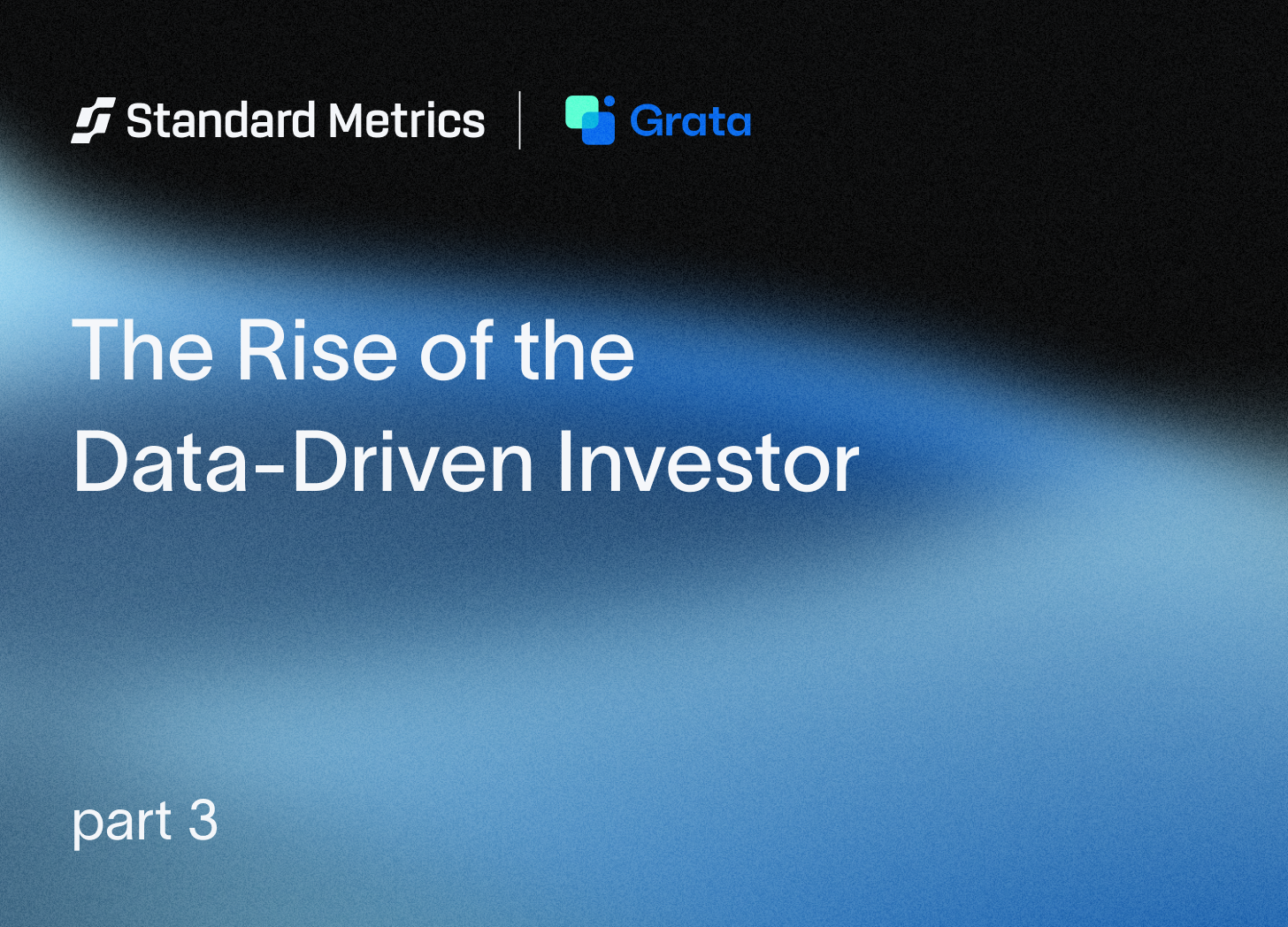 The Rise of the Data-Driven Investor pt. 3